How about some murder?

Fave Ville Fanfics - Warning - Graphic Yes, Luz, it's you. Ya found this. Yay. Whatever, say shit or nothing, I don't give a fuck anymore.

I don't want much at all to do with Ville Valo the real person. What I'm more interested in is the creature he became when the media swallowed him up and began presenting him as this deity. He's split in two people: the real guy who makes the music, and the fake guy who exists without time, who exists in this empty space outside of reality, the creature in all your dirty fanfics and photo fantasies. The creature we all worship, even though the physical form behind that idea is a normal man who's probably a regular cynical asshole after being chewed up and spit out by fame.

I'd rather see that fake guy in my dreams. The gothic playboy. The womanizer. The sex doll.

I want him to fuck me hard, grab my wrists, pin me down, fuck me until I can't breathe, see, or think. I'd be his willing whore. Put me down wet and pay me in affection, babe, your only one. I want my sick goth babe all to myself. I want to throw a fit every now and then, revolt, fuck him for a change, force him down and off me. I want him dirty and moaning just for me. 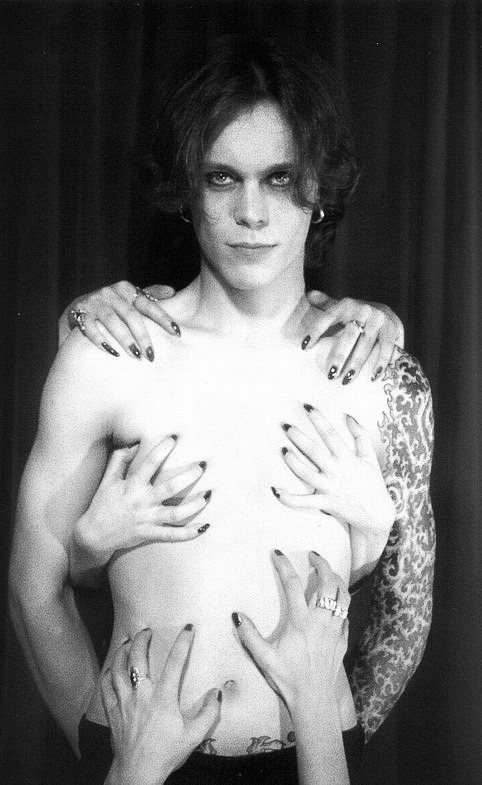